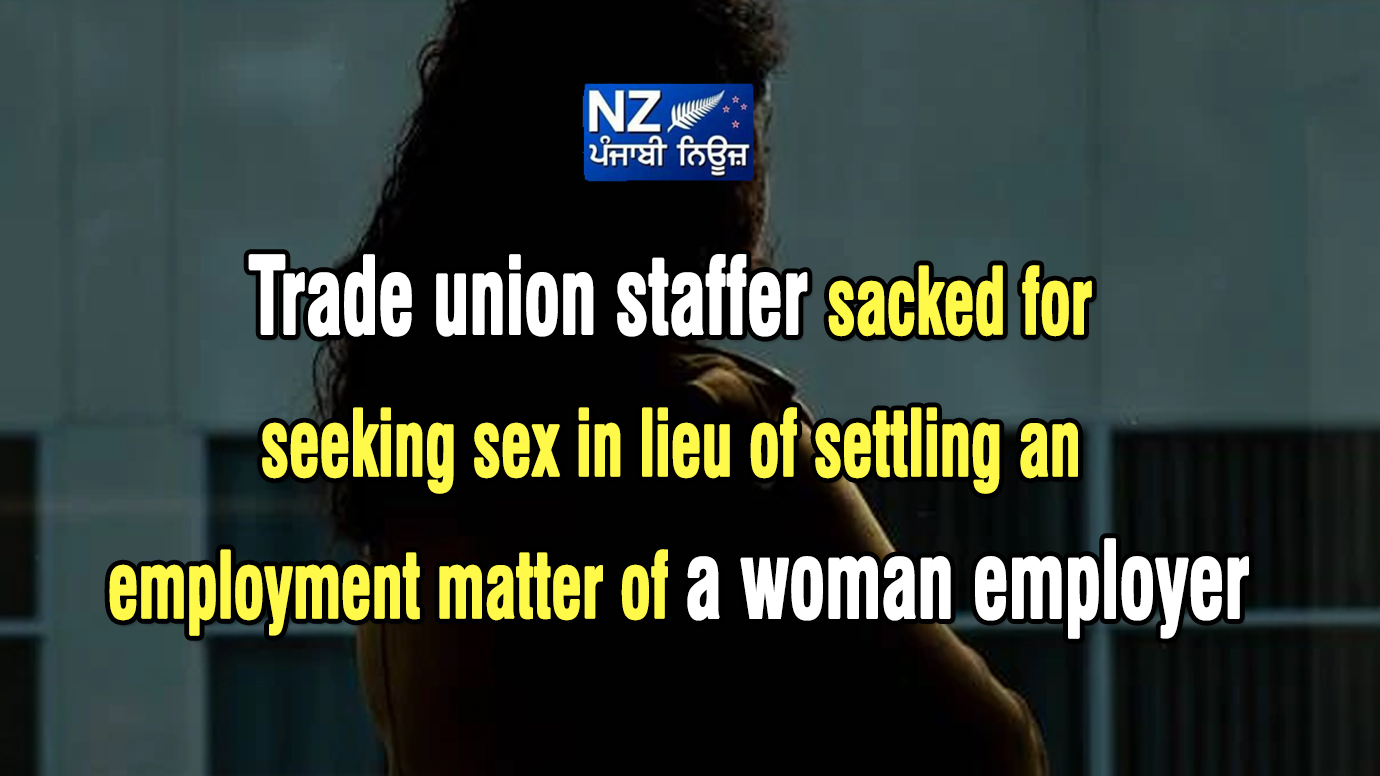 A trade union leader of Indian – origin has been sacked from union for allegedly asking sex from a businesswoman in lieu of settling an employment matter with her employee.

The said leader was 27 – year old woman’s Facebook acquaintance. The woman is also of Indian – origin.
In 2018, she contacted the leader after one her employees complained against her.

Both met for a coffee, during the meeting the leader allegedly asked her for a hug. As woman refused, she said, the union staffer got annoyed.

Later, the woman, received a text from union leader saying, “"If you want me to settle your this matter or any other comes in future I told you lets meet you give me favour I will look after rest [sic]".
The woman asked what favour he was talking about. He replied: "Why you act like you innocent? I know your kind of girls book a room I will be there and don't worry about other things. Else I will contact all your employees and talk to them and will take you to labour department as you are exploiter."
She complained to union July 10 as the leader continued the harassment by trying to tarnish her image online and said wrong things about her among her employees and affect her credibility.

The woman alleged that as she refused to compromise, she had to wind up her businesses as she couldn't bear the mental depression.

union’s top leaders have confirmed the development saying they had received a complaint "raising an allegation of a very serious nature against one of our employees". The union has investigated the matter and union member’s employment has been terminated. The union didn’t disclose the name of complainant, staff member or the investigation proceedings.
Minister for Workplace Relations and Safety Andrew Little has said that workplace harassment and bullying is never okay.
"Every New Zealander deserves to feel safe in the workplace, and every complaint must be treated with sensitivity and care," Little said.
"The Government will continue to progress options in this space to combat bullying and harassment in our workplaces." The leader reportedly has denied allegation and said he had filed police complaint against the woman.