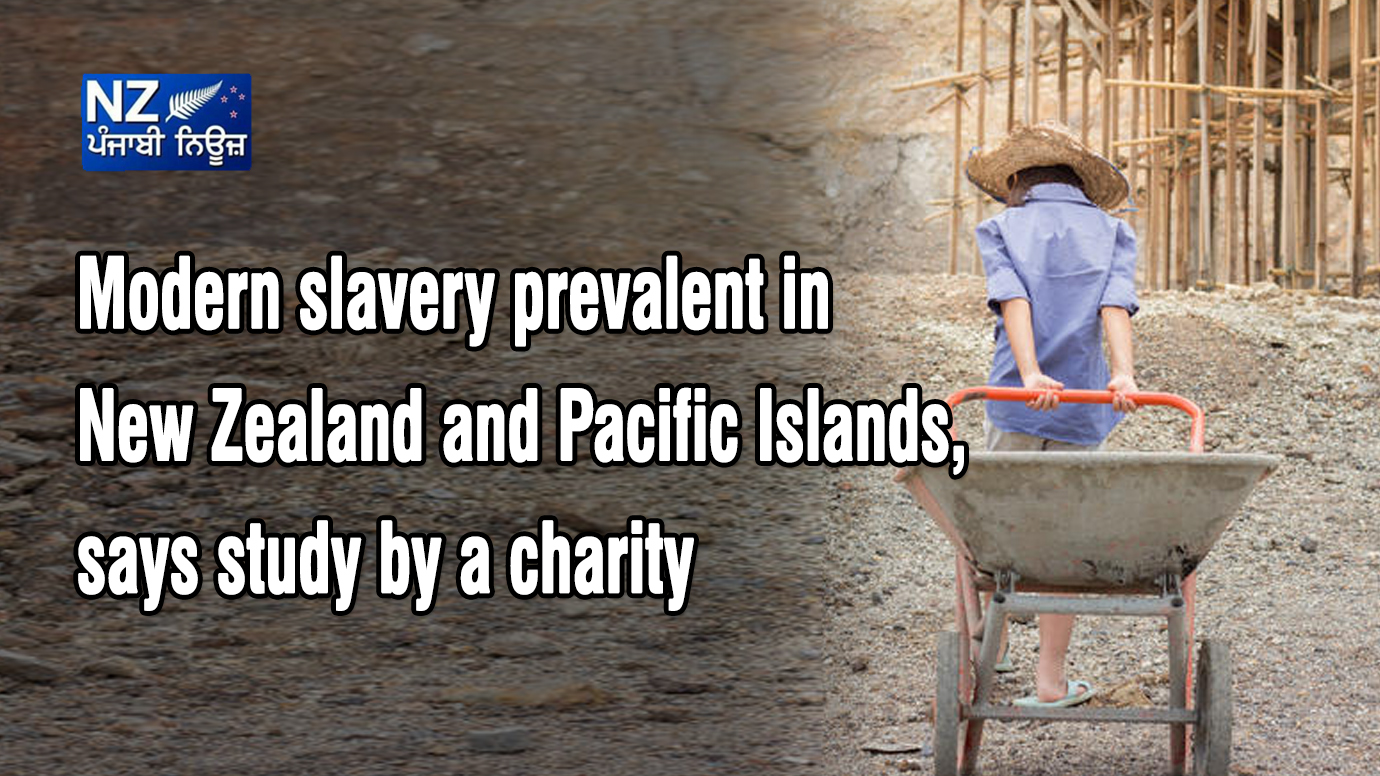 AUCKLAND (Sachin Sharma): “Modern slavery” in the form of “forced labour, commercial sexual exploitation of children, and forced marriage” is prevalent in New Zealand, Australia and Pacific Islands, says a report by a human rights charity.

The Walk Free report titled “Murky Waters: A qualitative assessment of modern slavery in the Pacific region” has found that one in 150 people in countries where study was conducted, are living in modern slavery due to widespread poverty, migration, and the abuse of cultural practices.

The report says, “Modern slavery is a present and persistent issue in the Pacific region and one that must be dealt with alongside a multitude of complex, interconnected issues such as climate change, gender-based violence, poverty, and unemployment. Forced labour for labour exploitation and sexual exploitation, worst forms of child labour, and forced and early marriage were identified across the region.”

“In all eight focus countries, at least one but often several forms of modern slavery were identified. Drivers of vulnerability identified in this study follow similar patterns seen elsewhere in the world; that is, poverty and economic insecurity, migration and displacement, weak governance, and cultural norms that allow for discrimination of and violence against women and children. Stemming from a lack of resources, but also reflecting limited political will, there remain significant gaps in the response to modern slavery in the Pacific region.”

“Despite the challenges faced in the region, there exists a range of stakeholders committed to addressing these issues.”

The report has recommended improving victim identification and support, strengthening the criminal justice response, strengthen coordination and transparency and address risk factors, to deal with this menace.

It said only a third of 54 Commonwealth countries had criminalised forced marriage and 23 nations had failed to criminalise the commercial sexual exploitation of children. New Zealand did not do enough to stop modern slavery through its supply chain, the report said.

Walk Free officials have said that introduction of a modern slavery Bill should be among the New Zealand government's top priorities after the election. The Australian government passed a Modern Slavery Act last year.