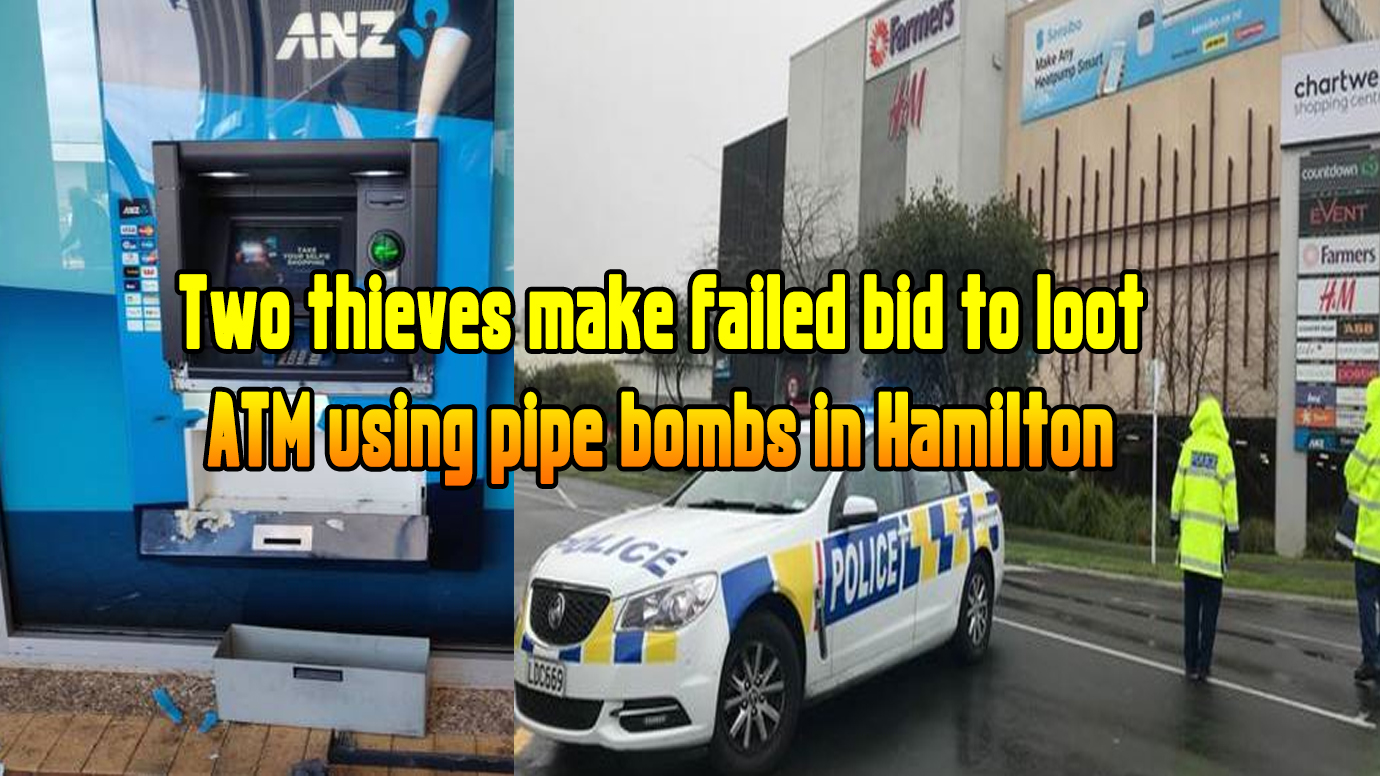 Two thieves made a failed attempt to loot cash from an ATM machine at a Hamilton shopping mall by blowing up the machine using pipe bombs Wednesday night.

A member of public had informed police at around 6.34 am Thursday about presence of pipe bombs after which police and bomb disposal squad reached the site. Roads around Westfield Chartwell Shopping Centre were closed for several hours.

CCTV footage of ATM showed two suspects placing the bomb at site. One of the pipe bombs had exploded while one had partially detonated while five were intact, said Hamilton City area commander Inspector Andrea McBeth.

"This is nothing more than an attack on an ATM machine," McBeth said.
"We are confident there is no further risks to members of the public and this appears to be an isolated incident."

He said suspects had approached the ATM about 2.30 am; after one pipe bomb detonated they left realising they can’t get cash from the machine. Police didn’t release a description of the two offenders. "We are in the very early stages of our investigation,” said McBeth.
Photos of the partly damaged ATM show the bottom part of the machine blown apart and debris littering the ground below while rest of machine remained intact.

The explosion of pipe bomb woke residents of Comries Rd. Some of them also saw two suspects fleeing in a car after failed loot attempt.