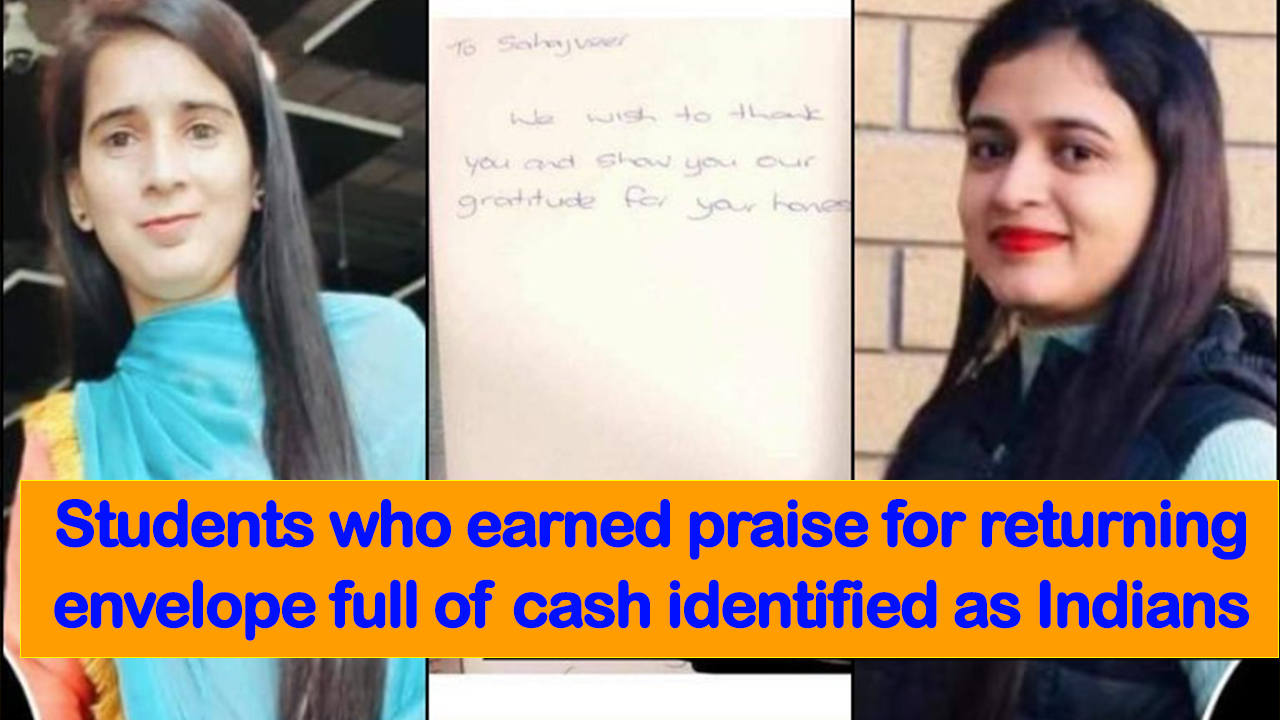 AUCKLAND (NZ Punjabi News Service):The two international students who earned praise of Waikato police for returning an envelope with large cash they had found have been identified to be Indians.

The two girl students have been identified as Sahajveer Kaur  and Rajveer Kaur pursuing higher study from an institute in Hamilton. They have been rewarded with $100 each for their honesty.

Waikato police on Wednesday had praised and thanked two international students for returning an envelope with large cash they had found.

Waikato police wrote on Facebook: "Great work and a massive thank you to two International Students studying in the Tron."

"Recently two International Students currently located an envelope with a large sum of cash in the CBD. They came into the Hamilton Central Police Station straight away and handed the cash in." "The cash has since been identified and given back to the owner."
"The honesty and integrity of these two students needs to be valued and recognised," wrote the police. The post has been shared by around 100 people and liked by over 2500 persons.